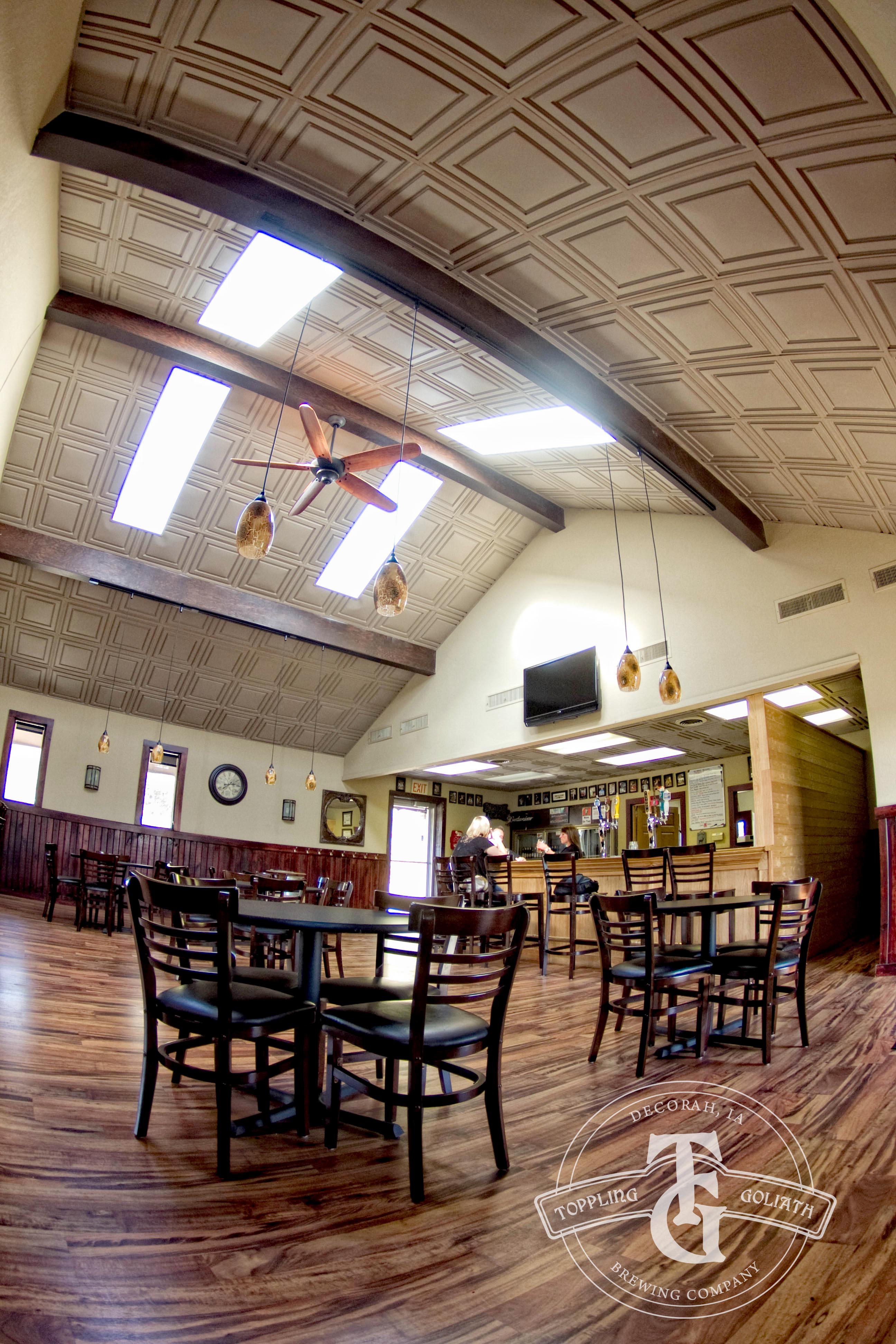 [Though we champion Minnesota beer first and foremost, we also know that our dear readers like to travel a bit from time to time in search of tasty beers. Below you’ll find David’s account from a visit to our neighbors to the south. -Ryan]

Northeast Iowa doesn’t look like “Iowa”.  It’s rolling and quite scenic so the typical hog & corn jokes aren’t going to stick nearly as well as they would elsewhere.  Perhaps that’s why the folks at  the Toppling Goliath Brewing Company in Decorah so proudly boast that their region should be a destination for beer lovers.  Toppling Goliath’s (TG’s) taproom is perched on a small hill, halfway between the Luther College campus and downtown Decorah. I showed up on a Sunday if for no other reason than to take advantage of Sunday sales.

Dorothy’s New World Lager has evolved to be TG’s bridge to the craft beer world for the uninitiated. In it, they took California Common and dialed-back the hop bitterness just slightly.  You can’t argue with the results, it is their top selling beer.

TG’s calling card, though, has got to be their wizardry with Pale Ales.  While you’d think there would be limited things you could do with the style, TG creates a number of beers that are able to stand apart from one another.  Of their regular offerings, the Golden Nugget IPA is the house favorite for hop-heads, followed closely by pseudoSue Pale Ale – named for “Sue” the largest T-Rex fossil ever found.  Without knowing why they chose to name it after the famous dinosaur, I’ll assume it was a move intended to ensnare paleo-nerds like me.  It worked; I left with a growler of it.

For the more adventurous, the Hop Patrol series of limited-release, well-hopped IPAs showcases what just one hop variety or a creative blend can do.  On tap were 1492 (Columbus hops) and ZeeLander (Nelson Sauvin hops from New Zealand) and both were impressive in depth and complexity, especially given their single-hop origins. In the spirit of Halloween there is new addition to the series featuring Riwaka hops: the Riwakan Dead (hah, get it?).  Mercifully, this one doesn’t taste like candy corn, pumpkin or brains; purely hops.

Construction is underway on a new 10,000 square-foot brewhouse complete with a 30 barrel brew system and bottling line.  It is scheduled for completion in early 2013.  The taproom serves virtually all their beers and will remain at its current location with regular hours. Their brews can also be found at other Iowa and Wisconsin locations.  If you’re in Iowa City or La Crosse you might get lucky.  Check their website for an up-to-date list of locations serving their beer.  There are no accounts in Minnesota…yet.

Food: No full menu at the taproom.  Pretzels, though.

Also see: Dunning’s Spring, around the corner from the brewery, boasts some spectacular scenery and for mountain bikers, Decorah Human Powered Trails maintains 20 miles of singletrack in the Decorah Park system. 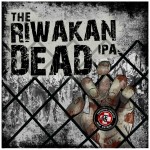 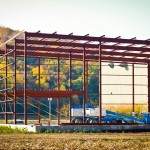 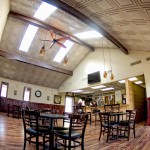 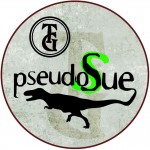