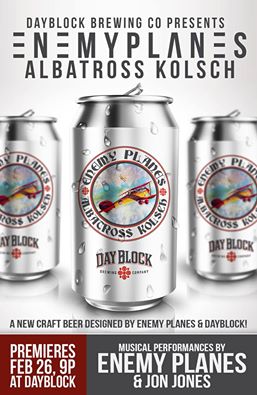 During each Bands That Brew event, the feature band releases and taps their unique beer in our taproom and performs an evening of live music. This month will feature Enemy Planes, winner of the global 2015 Hard Rock Rising Battle of the Bands contest as they release their beer: the Enemy Planes Albatross Kolsch. More details to be released. The event will also feature a special guest performance from Jon Jones.