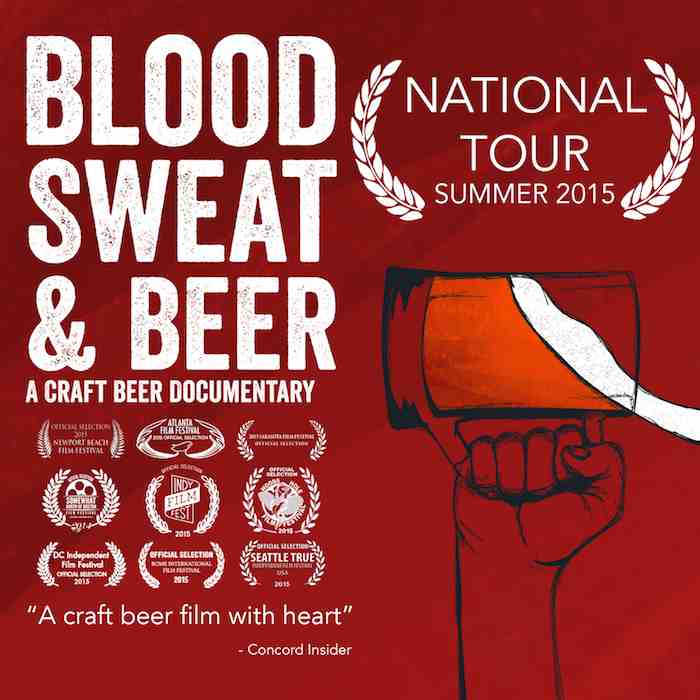 Blood, Sweat, & Beer is an award-winning feature documentary exploring the explosive growth of the U.S. craft beer industry and the dramatic journeys of two start-up breweries.

Bryant Lake Bowl is hosting a special, exclusive screening of the new film on June 28th at 3pm in their Cinema Lounge. Tasty brews will be on tap for happy hour! Tickets to the movie are $8 and available here: http://www.bryantlakebowl.com/theater/blood-sweat-beer-a-craft-beer-documentary

More about the film:

The documentary follows a trio of 23-year-olds as they struggle to start The Brew Gentlemen Beer Company in Braddock, PA. Matt, Asa and Brandon hope their brewery will help this once-prosperous steel town bounce back from decades of neglect, violence and population loss.

The film also tells the emotional story of Danny Robinson (Shorebilly Brewing Co./Backshore Brewing Co.), an Ocean City, MD boardwalk brewery owner and restaurateur whose business is threatened by an aggressive trademark lawsuit that could leave him penniless.

Four entrepreneurs, two brand new breweries and one ultimate goal: to quench the thirst of the craft-craving masses.

See more about the event: http://www.bryantlakebowl.com/theater/blood-sweat-beer-a-craft-beer-documentary#sthash.AFfiVp3L.dpuf