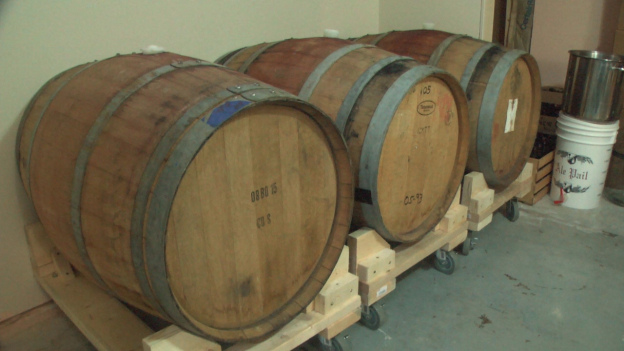 A group of local homebrewers is having a barrel of fun. Actually, FOUR barrels of fun! The Nordeast Brewers Alliance is on an epic mission: to fill four 59-gallon French oak wine barrels with some big batches of homebrew. Twin Cities’ own Chop & Brew webshow rides shotgun on barrel fill day and checks in for a three-month taste panel to see how the beer are progressing. See this episode page link for the club’s barrel beer recipes and more.