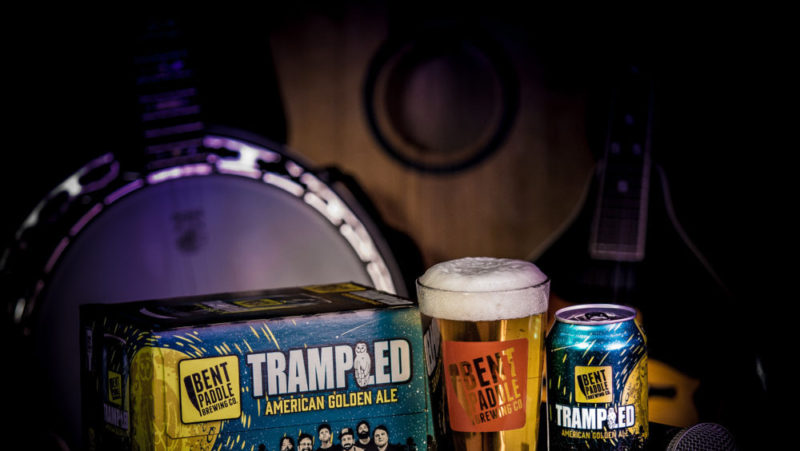 On the heels of their 6th anniversary, our friends at Bent Paddle has released Trampled American Golden Ale, a collaboration with Duluth-based band Trampled by Turtles. The beer is (not surprisingly) golden in color, with a “not-too-sweet” malt profile with a hit of fresh hop flavor on the end.

“The band was looking for something lower in alcohol content but full of flavor – a beer you could enjoy while you were at a concert.” says Bent Paddle Co-Founder Karen Tonnis. At 4.6% abv, this beer should be a great match for doing just that.

Aside from retail release, you’ll find some temporary distribution of this beer during upcoming Trampled by Turtles shows as well.