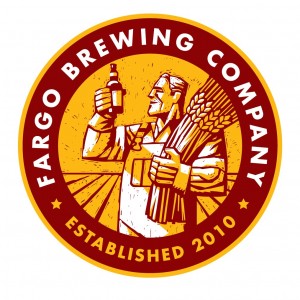 Hot off the presses, Fargo Brewing Co. is expanding into the Twin Cities this week with the help of Hohenstein’s as a distribution partner. If you’ve yet to check them out, here’s your chance!

Fargo Brewing Company will extend its reach into Minnesota through a distribution partnership with Hohenstein’s, Inc. of Woodbury, Minnesota. A September 25-27 launch is planned for the Minneapolis/St. Paul metro. Fargo Brewing Company currently offers its products at locations across North Dakota and in select markets in Minnesota including Duluth, St. Cloud, Brainerd and throughout central Minnesota.
“We are very excited to partner with Hohenstein’s to bring Fargo Brewing products to the Twin Cities metro area,” said Fargo Brewing Company co-founder Aaron Hill. “They have an outstanding reputation in the market and we feel confident they will represent us well.”
Hohenstein’s will distribute cans of Fargo Brewing Company’s year-round beers, including Wood Chipper India Pale Ale, Stone’s Throw Scottish Ale, as well as Sodbuster Porter and Iron Horse American Pale Ale. A launch of the brewery’s tap beer offerings, including the four year-round beers and several seasonal brews, will follow later this year or early next year. In addition to the metro, Hohenstein’s will distribute Fargo Brewing products to communities in the southeastern portion of the state, including Rochester, Red Wing and Winona

Craft beer fans in the Twin Cities will have a chance to sample Fargo Brewing Company’s beer line-up at the Minnesota Craft Brewers Guild’s Autumn Brew Review on Saturday, September 27 from 1-5 p.m. Additional public events will follow in October.
“Minneapolis/St. Paul is one of the top craft beer markets in the country,” said Hill. “And we look forward to having our products next to some of the best in the country.”