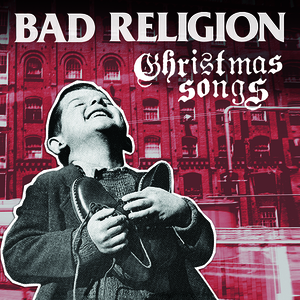 I firmly believe in the notion of “No Xmas Music before December.” I’m just not ready for Bing and Elvis and those guys who play the wooden flutes in shopping malls until at least December. As far as I’m concerned, there’s a one month window for “Rockin’ around the Christmas Tree” and standing idly by while your poor grandmother gets laid out by Rudolph. Period.

Not that I don’t like the stuff – we tend to play a variety of the old classics in the MNBeer household – Guaraldi, Sinatra, Elvis, Bing Crosby and perhaps even some Johnny Cash if he’s actually singing and not talking about Christmas.  We try not to veto much in the MNBeer household (after all, I have a five-year-old who loves “Frozen”), but Christmas albums from  Mariah Carey, N’Sync and contemporary country artists are banned.

That being said, let’s roll out a few Christmas/holiday/winter offerings that I enjoy for one reason or another. Sit tight:

So this was originally a Trip Shakespeare song… but you knew that, right? In any case, I was never a huge Trip Shakespeare fan, but I enjoyed some of their songs and even saw them in Moorhead, Minnesota one summer in the 90s. (Side note, there were several “huge” TS fans. One of these fans almost got punched in the throat by other audience members for shouting incessantly at the drummer ‘Elaine! ELAINE!’) Anyway, this song has always stuck with me and I find myself humming it every time it gets shitty outside. Fitting.

This always makes me smile.

The Pogues & Kirsty MacColl – Fairytale of New York, If I Should Fall from Grace with God (Buy it.)

This is my absolute favorite from the entire list. Love it. Bonus, here’s version from the band No Use for a Name with Cinder Block (Tilt, Fabulous Disaster) filling in Kirsty MacColl’s spot. I never got too excited about NUFAN, but this version is a standout. Link.