A Guide to Autumn Brew Review 2016

By ryan on September 15, 2016in breweries, brewpubs 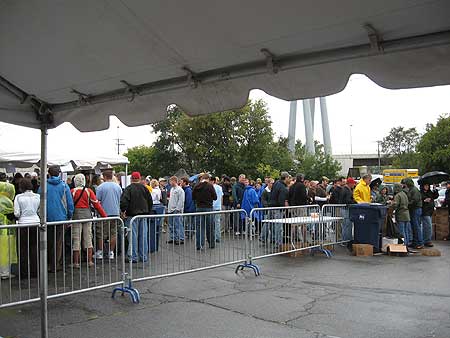 The 16th annual Autumn Brew Review will be held this Saturday, September 17th at the Historic Grain Belt Brewery. Autumn Brew Review (ABR) is one of the largest and oldest beer festivals of the state, and for serious craft beer fans it is considered one of the most important beer events of the year. This guide will help you prepare for the event and maximize your beer-tasting enjoyment.

About the Minnesota Craft Brewer’s Guild

The Minnesota Craft Brewer’s Guild is a trade group for Minnesota breweries. Most Minnesota breweries are members, but not all. The Guild works to promote Minnesota craft beer and to educate consumers about the great beer made in Minnesota. In addition to Autumn Brew Review, the Guild organizes events like Winterfest, All Pints North and the Land of 10,000 Beers exhibit at the Minnesota State Fair.

This year, 135 breweries will be participating in ABR. The list includes established locals like August Schell Brewing Company, Dangerous Man, Fulton, Indeed, Summit, Surly, Town Hall Brewery, and many more. ABR is also a great place to sample beers from some of the state’s younger breweries, including Bald Man Brewing, Disgruntled Brewing, Roundhouse Brewing, Wayzata Brew Works, and other breweries in their first few years of operation.

Of course, not all the breweries at ABR are local. Many heavy-hitting national breweries will participate as well, including Alaskan Brewing Co., Deschutes, Evil Twin, New Belgium, Oscar Blues, Sam Adams, Stone, and more. ABR often serves as the launching pad for national breweries entering the Minnesota market for the first time, and this year is no exception. For many visitors, ABR will be their first exposure to national breweries like California’s Alpine Beer Co., Michigan’s Arcadia Ales, and the Colorado Saison specialists Funkwerks.

ABR is more than an excuse to drink large quantities of beer – it’s about quality, too. No matter your tastes, make sure you seek out some hard-to-find brews in your favorite styles. Here are a few of the rare brews this writer hopes to sample at the festival:

Here’s some advice to help you maximize your enjoyment of ABR: