By ryan on January 3, 2013in beer events, breweries 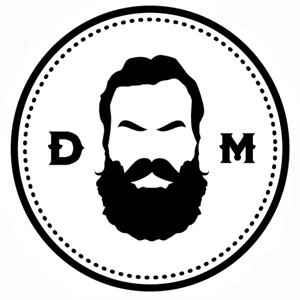 Dangerous Man Brewing Co. plans to open January 25th! Super cool! As you might have heard, Dangerous Man plans to be a taproom-only brewery, offering tap beer, soda and growlers to go. They won’t be serving food, but they’ve got good neighbors to set you up! Initial plans are to be open Fridays from 3 to Midnight and Saturdays from noon to Midnight with expanded days of operation in the future. Congrats Dangerous Man! Read the full release below:

MINNEAPOLIS, MN – January 3, 2013 – Dangerous Man Brewing Company is proud to announce it will open the doors to its new destination taproom at 1300 2nd St. NE, Minneapolis, MN 55413, on January 25, 2013. The first taproom of its kind in Minnesota, Dangerous Man Brewing Co. focuses on high-quality beers with an ever-changing selection of taps.

With no plans to wholesale, the Dangerous Man Brewing Co. taproom will be the only place to sample its beers. The taproom serves pints of beer, handmade sodas and also offers growlers of beer to go. Featuring no commercial kitchen, Dangerous Man Brewing Co. invites customers to bring their own food from home or from one of the many fine restaurant options in the neighborhood.

Dangerous Man Brewing Co. will initially be open from 3 p.m. – midnight Fridays and Saturdays with days and hours to expand in the near future. For more information, visit dangerousmanbrewing.com

Founded in 2012, Dangerous Man Brewing Company (DMBC) is a destination tap house located in the heart of Northeast Minneapolis at 1300 2nd St. NE, Minneapolis, MN 55413. The mission of DMBC is to bring the freshest, highest quality beer to residents of Northeast Minneapolis and the surrounding areas. DMBC offers a rotating selection of year-round, seasonal and limited craft beers created by founder and head brewer Rob Miller. DMBC beer and products are available only at its tap house. DMBC strives to be the best destination brewery Minneapolis has ever seen.