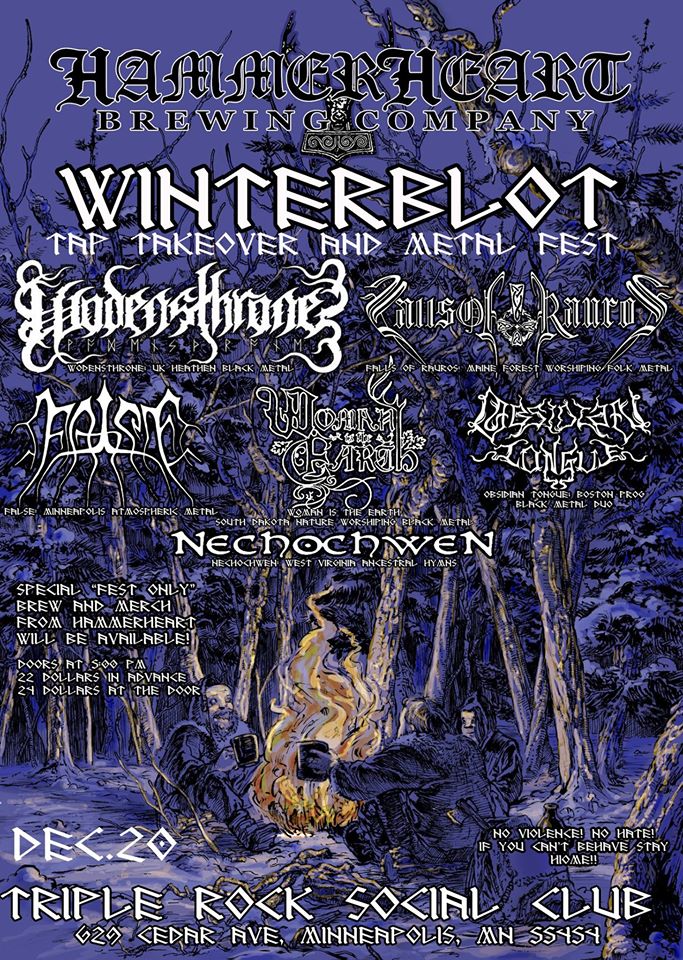 Usher in the most metal of the four seasons with HammerHeart Brewing Company’s Winterblot Fest at the Triple Rock.

The fest will be a 6-tap takeover featuring a special brew made in limited quantity just for the fest as well as limited-edition merchandise for the fest featuring the poster art by Nate Burns.

Tickets available online at http://ticketf.ly/1r53afA, at the HammerHeart taproom and at Into the Void Records in Saint Paul.

FALLS OF RAUROS: Portland, Maine. Americana and folk tinged metal of the most atmospheric and passionate kind. On BINDRUNE recordings

WODENSTHRONE: Atmospheric, blistering black metal from the UK. Wodensthrone are this generations EMPEROR. Majestic and powerful. On Candlelight records.