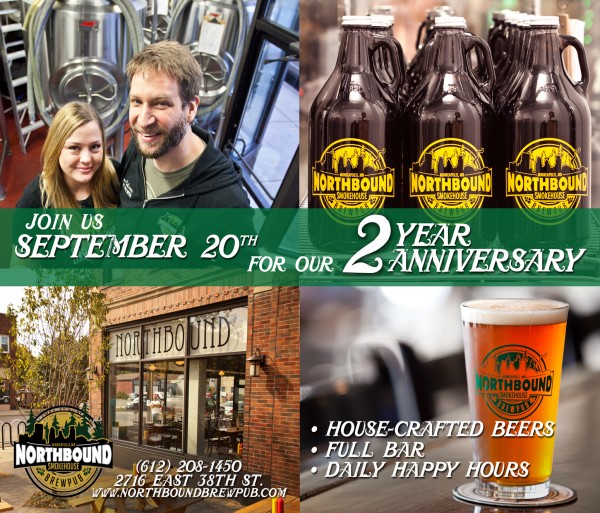 Join us Saturday September 20th for our 2nd Anniversary. We will be celebrating with a tap takeover offering specialties like our Anniversary Ale, Clementine Big Jim IPA and our collaboration beer with Indeed Brewing Company, Hot Box.

We’ll also be giving away a pair of tickets to Autumn Brew Review, put on by the Minnesota Craft Brewer’s Guild as well as other great Northbound prizes and gift cards.

We hope to see you September 20th!