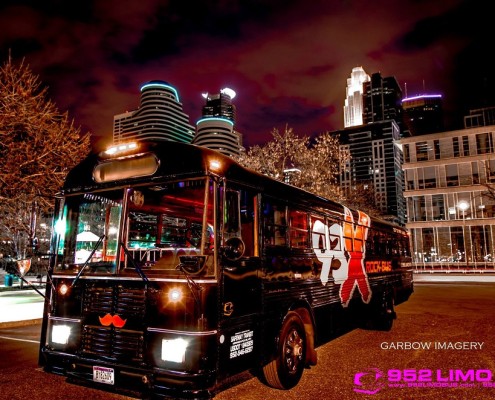 Millions across the globe travel to the heartland of Bavaria every year to experience the authentic traditions of Oktoberfest, a celebration well known for its beer and brats. What many don’t realize, though, is that major metropolises closer to home often offer their own iterations of the festival that rival the real thing.

While many of Minnesota’s breweries wont be serving an authentic Oktoberfest beer, what is most important in Oktoberfest is to celebrate the season and in this regard Twin Cities taprooms have chosen to follow the Oktoberfest tradition. Take a Taproom Tour This Year for Oktoberfest in Minneapolis For the uninitiated, a taproom isn’t just a place to get sloshed; it’s a place where tradition, taste, and the art of brewing come together in a quaint and intimate setting.

Taproom goers can sample the breweries’ unique beer selections without worrying about having to wear lederhosen. With the recent surge of taprooms throughout our beautiful twin cities, Minneapolis now provides more opportunities than ever before to experience the culture of beer and its seasonal specialties. And there’s no better way to ring in the end of the summer than with a tour of the taprooms on your very own party bus.

Make the Rounds Safe and Sound, with or without the sounds of music…

Tour the taprooms with your friends, and have one too many pints—just don’t do so without a plan in place. If you’re planning on touring the taprooms this Oktoberfest, leave the car at home, and let us take you throughout the town. We are offering Oktoberfest taproom tours in late September and early October for all of those who are interested in experiencing the local side of this foreign holiday. Our taproom tour buses are equipped with party lights, sound systems, bathrooms, light up stipper poles, and of course keg coolers to take care of any beer you buy on the tour, and nearly everything else you could possibly need to keep the party rolling.

Consider us your designated driver. Tickets Available Online Do you want to watch the leaves change color this fall? Or, would you rather celebrate the start of a new season with a beer or two? Tickets are available online today for our taproom tours. Get yours now using the Early Bird Discount Code @RentMyPartyBus till 09/15/2014 or call us if you have questions.