I’m Counting Down to the SSBF; Are You?

Well, at least for me it 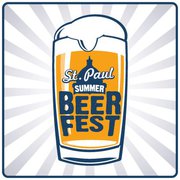 does. It’s a mere 30 days away and while the complete brewery list has yet to be released, you can expect most of the same incredible line-up from last year, plus we’re told some “additional exciting brands.”

The music has been announced tho: Jack Brass Band to go along with Como Ave. Jug Band and new additions to this years fest, the Erik Koskinen Band and Chooglin’. Trust Mark and Juno to nail the tunes.

VIP tix are long gone, but there are still a few remaining general admission tix left. Get em while the going’s hot. They won’t last forever, especially when you learn about the set-up they got planned at the State Fair Grounds. Like I said, I’m counting down…