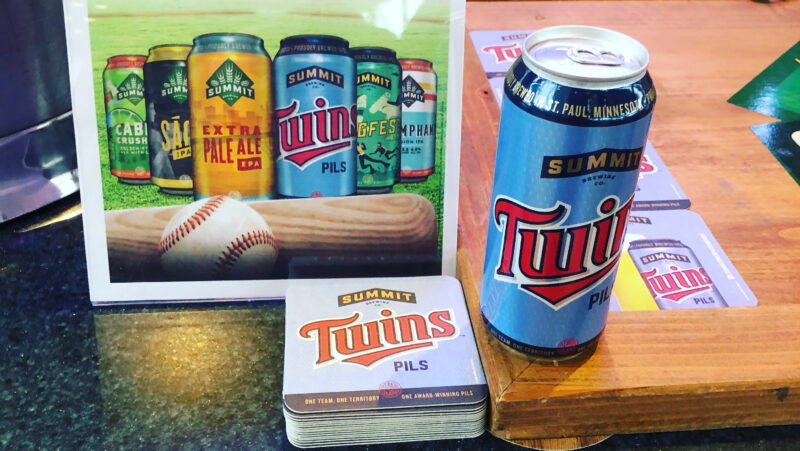 It’s about time. A local sports team finally has an official craft beer partner. Dave St. Peter and the Minnesota Twins have teamed up with Summit Brewing and Mark Stutrud (both from North Dakota) to bring Twins Pils to Target Field beginning this year. For years we’ve had to settle for Budweiser or Miller at stadiums here in Minnesota. Now there are local breweries teaming up with our local sports teams to bring their products to the field.

Twins Pils is a rebranding of Keller Pils, made with German hops and barley. Unfiltered and crisp—perfect for a day at the ballpark, or out by the grill with friends and family.

There will be 16 oz. cans available for purchase at Target Field starting on Opening Day. You will also find 12 packs of 12 oz. cans at your local liquor stores.

The beer is a perfect match for the new beer battered walleye with sea salt and jalapeno tartar sauce menu item from Mac’s Fish and Chips. Perfectly crisp beer with battered fish is always a hit.

A new walk-in beer cooler has been installed at Target Field where fans will be able to select their beer from the cooler and pay for it at the kiosk of “The Market” which is located just inside of Gate 6. We were told that if you lined up all the beer in the cooler, it would stretch about 1 mile!

Ski-U-Mah! Finnegan’s Brews One (in time) for the Gophers (game) 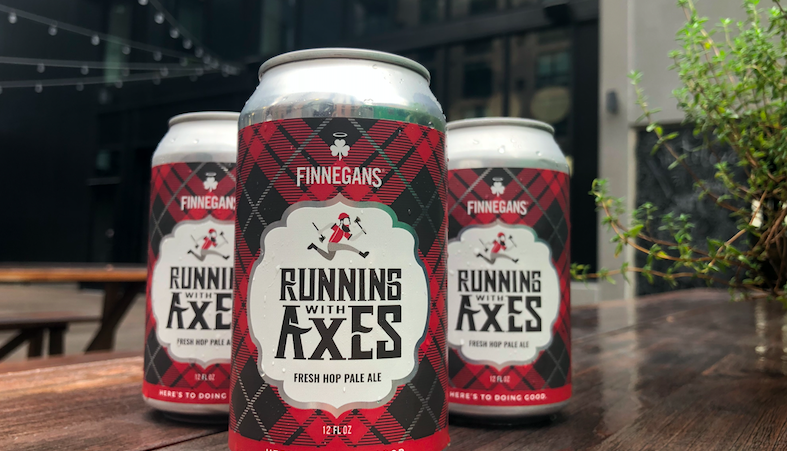 Finnegan’s limited seasonal release Running with Axes is out just in time for this Saturday’s defense of Paul Bunyan’s Axe.

“This weekend, the Minnesota Gophers will take on the Wisconsin Badgers in a fight to keep Paul Bunyan’s Axe right where it belongs. Football fans are certainly going to need a beer to calm the nerves and *fingers crossed* celebrate the win. That’s where FINNEGANS can help, with their “Running with Axes” beer, displaying the champion’s trophy in the hands of a Paul Bunyan-esque lumberjack. The IPA is brewed exclusively with Minnesota-grown Mighty Axe Hops, Maltwerks Malts grown in Detroit Lakes, MN, and is M-I-N-N-E-S-O-T-A strong with 6.8% ABV.”

The fetching plaid cans are available in stores now and will be available at TCF Bank Stadium for the game. 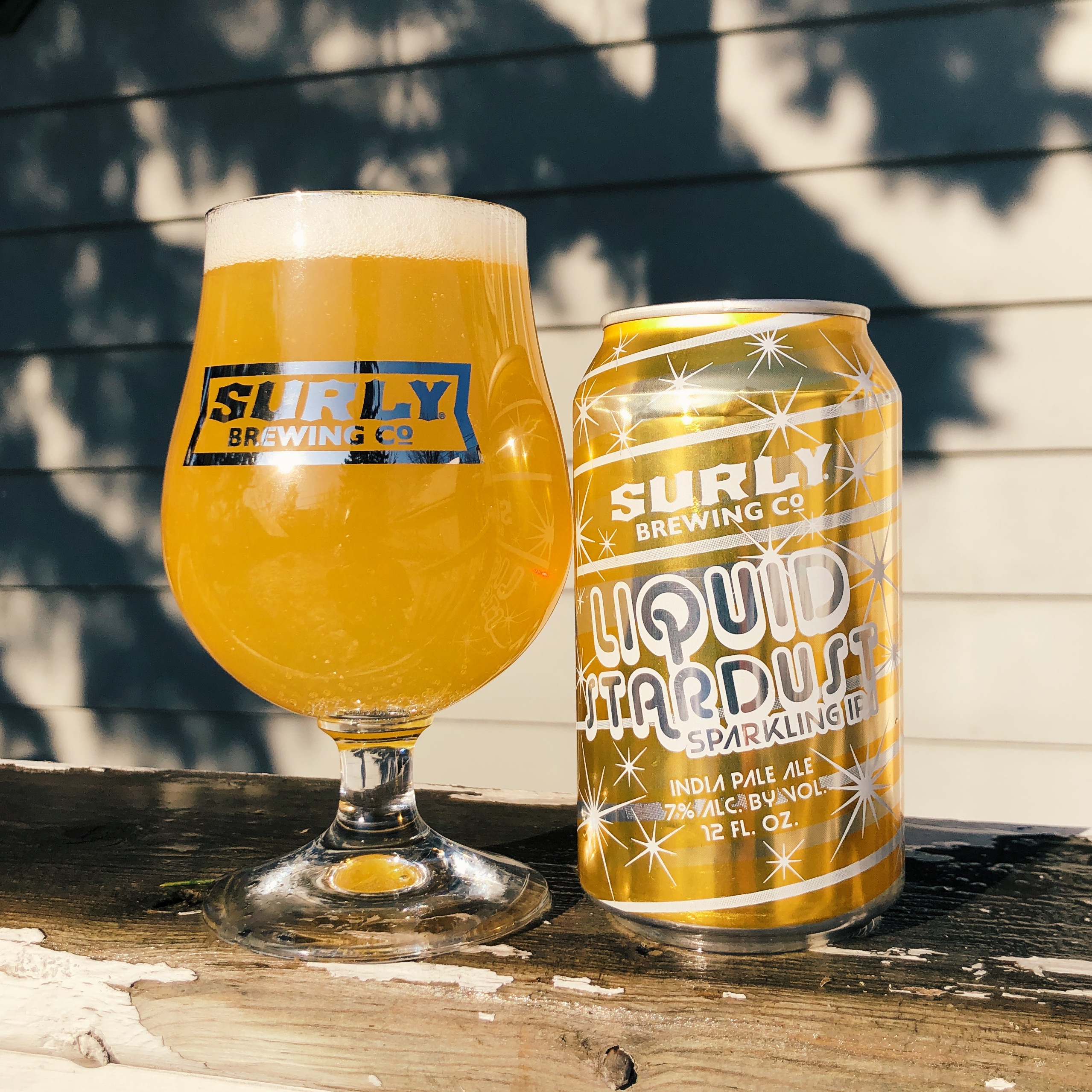 Mention Brut around this time of year and visions of iconic (and I use that term loosely) commercials and thoughts of endcaps full of personal care products bubble up in the brain. Apparently, the holidays are the one time a year people need to be reminded they might smell bad and should probably do something about that.

However, Brut – the green, long-necked bottle of seventh grade – is not what’s on topic here. Nor is Stetson, Preferred Stock or White Diamonds. I’m talking about Brut the style descriptor – usually of champagne/sparkling wine, but more recently used to describe a style of very dry, effervescent IPA. Surly has brewed their own version of this style, as well as (for the very first time) a genuine porter and put them in their winter variety twelve-pack. Please enjoy these tasting notes of warmth and celebration for your holiday season.

Aroma: Crisp and chocolatey with bitter coffee notes. You can tell it’s going to be dry right from the first whiff.

Mouthfeel: Light on the palate and drinkable. This is not Darkness (i.e., heavy and sippable).

Overall Impression: If you don’t know what you’re getting from Surly by now, you haven’t been paying attention; a great representation of the style that is turned up to 11. 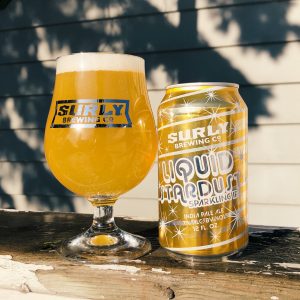 Appearance: Between yellow and dark yellow.

Flavor: There’s a lot to unpack here. Lemon peel slaps you in the face right away and the other fruity hop notes play underneath that banner – melon, mango and pineapple all popped out, but that lemon bitterness carried throughout.

Mouthfeel: Not an understatement when they say incredibly crisp and dry. Very refreshing, but the bitterness makes you pace yourself.

Overall Impression: I had to do a couple rounds of tasting to get a good impression of this one. This included stopping in the taproom and comparing it to the Brut IPA on tap there. There was a distinct difference between the two and I see why they chose to can this version. The multiple fruit undertones along with the bitterness make it a more interesting and tasty. 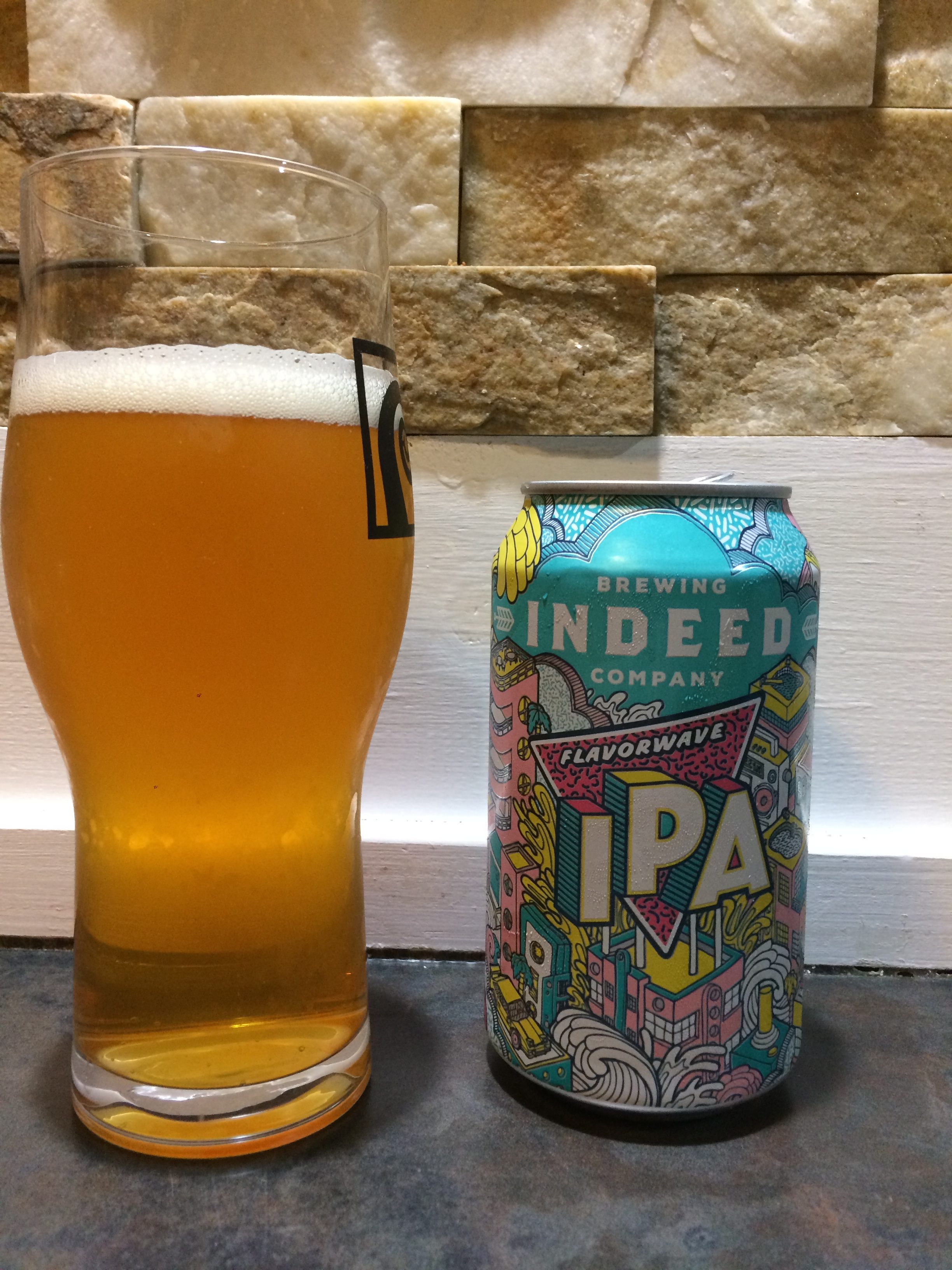 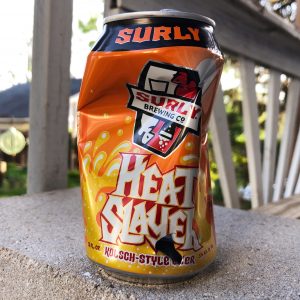