Drink Up: Schell’s Dawn of Aurora

By ryan on January 1, 2015in August Schell Brewing Co. 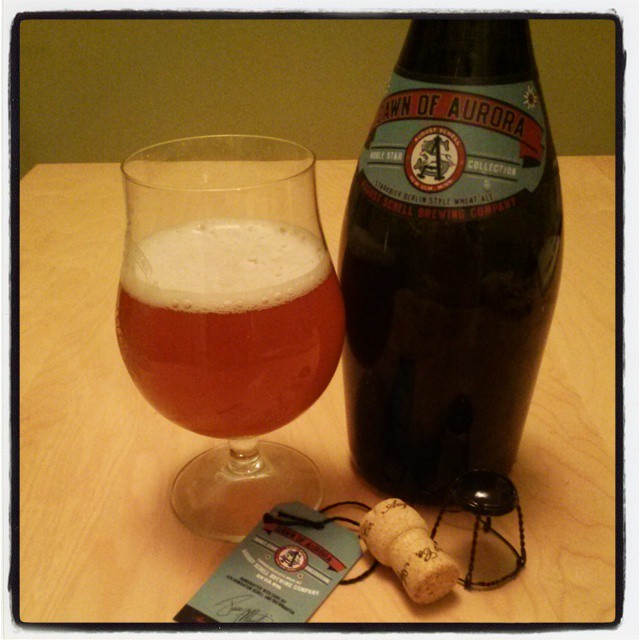 What was your favorite Minnesota beer series of 2014? Noble Star? Summit’s Union or Unchained Series? Though there were certainly no losers this year, Schell’s Noble Star Series was probably my favorite with a solid set of Berliner Weisse offerings that were all tart, juicy and exceptionally enjoyable. We look forward to more good things from the old-timers at Schell’s in 2015.

Best beer series of 2014? Damn this is good @schellsbeer!

Dawn of Aurora is Schell’s take on a “Starkbier” Berliner Weisse. Stark means strong, and at 8%, this isn’t your average Berliner Weisse. Homebrew nerds might like to know that this beer was brewed with a fairly extensive double decoction mash and perhaps as no surprise, an un-boiled wort. They fermented it with a mix of yeast, bacteria and a single strain of brettanomyces before aging the beer in their old cypress lagering tank. Brewmaster Jace Marti describes this beer as having a “fruity flavor profile of lemons, pineapple and pears.”