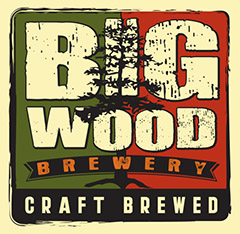 The Big Wood Taproom is turning 1! We will have a new beer release every Tuesday, starting January 13th leading up to our Taproom Anniversary Week – February 3rd. The week of February 3rd we will have Tree Chuggers growler giveaways, food Tues-Fri in the taproom, Game Night, firkin tapping and a special beer release night.