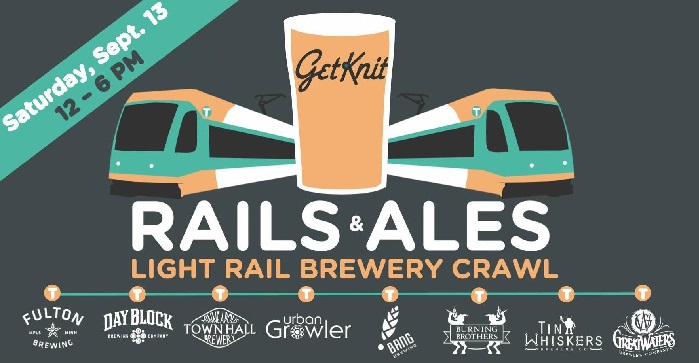 “Hop” aboard Metro Transit’s brand new Green Line with hundreds of your newest friends and ride the rails to eight unique local breweries within walking distance of the many stops between Minneapolis and St. Paul. Throughout your Light Rail “crawl”, each brewery will offer special discounts on beer, food, and merchandise. As you travel down the tracks, you can enjoy tours of select breweries, kick-back to some live music, order up pints of exclusive casks and firkins, and taste a wide variety of the finest brews in the Twin Cities!

For more information or to get your tickets, visit https://getknitevents.com/public-events/rails-ales/.