Friday 5ive – Five Bands That Blew Me Away Immediately 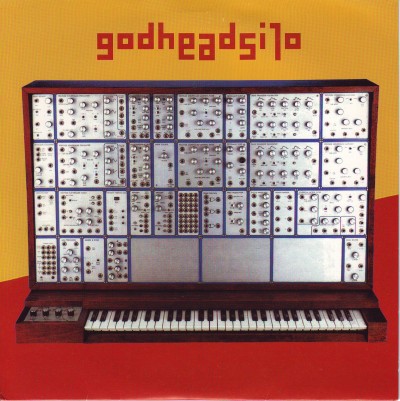 This week it’s time to roll out a Friday 5ive featuring bands that have managed to blow me away upon first listen. I caught each and every one of these bands live at one point or another. When I arrived at the show I didn’t have the foggiest idea as to what any of the bands might sound like and it was only when they plugged and started playing that I found that I not only liked the band, but was blown away for one reason or another.

In the latter part of my high school years and leading into my first years of community college, I ventured to “the big city” of Fargo, North Dakota. While there, I caught bands play at various venues ranging from the old (beautiful) Fargo Elks and Moose Lodge buildings to dingy VFWs, on-campus clubs, bowling alley back rooms, youth orientated venues like Exit 99 and The Grape Garage, and sweaty basements teeming with flannel, t-shirts and raging 15-20-something hormones. One of the first bands I saw from that era was made up of a couple of guys from Fargo. I remember walking into the venue and gazing a cobbled-together drumset and a huge, sketchy-looking bass amp. They plugged in and threw up a wall of sound that to this day I have a hard time describing. Wailing, somewhat melodious noise, lots of distortion and a bass being played more like a lead guitar than anything. My ears, body and brain were floored. Check out godheadSilo.

As a hungry live music fan in the “grunge era,” I was always up for checking out something new. Back in the day we didn’t have the fancy tubes of the GopherTelnetInterWorldWideWeb to use to get a glimpse as to what a band we’d never heard sounded like… so we showed up at the concert, plopped down our $5 and hoped for the best. When I first saw Sunny Day Real Estate, I had no clue what they sounded like, but they were on Sub Pop Records, so surely they might sound something like Mudhoney or Nirvana or Green River, right? Eh, not so much. Do you know what they actually sounded like? The word awesome comes to mind. Dig it. Bonus trivia, a couple of the guys from this band went on to join The Foo Fighers.

Shortly after high school, friends and I started a band. We weren’t particularly good, but we had jobs and a slew of semi-reliable equipment, including a small Kustom PA system (yellow rolled vinyl). Said PA came on handy on occasion… like the time that a Twin Cities’ band, The Totallies, booked a show in our friends’ basement. They were young and a bit sloppy but Karl, Tyson and UV(?) ripped up some Screeching Weasel-inspired pop/punk and when the band finished playing every song they knew, the crowd begged them to play them again.

During the summer of 1995, I caught a last-minute opener at Fargo’s DIY Center. The band opened for some ska band that I’ve since forgotten. At The Drive In, blew everyone in the building out of their socks with so much raw energy, on-stage antics and of course good music. Why weren’t they headlining? None of us were familiar with the band at that point. That changed rather quickly…

Finally, a handful of years ago, I had tickets to see Trail of Dead at the Triple Rock. That night I had contemplated showing up a little late and skipping out on the opening acts. I didn’t. As luck would have it, openers Funeral Party blew me away. Check them out!