By ryan on September 30, 2014in breweries, Gull Dam Brewing

The title of “newest brewery in Minnesota” is once again in another breweries’ happly little hands. We’re happy to see that not one, but two new breweries (maybe more?) open or have scheduled grand openings.

First, Stillwater’s Maple Island Brewing Co. opened the other day. They’ll be open Tuesday and Wednesday from 5-10pm and Friday through Sunday from noon to 10pm. See below for a list of draft offerings.

Secondly, Nisswa’s Gull Dam Brewery has announced a grand opening for October 11th from noon to 11pm. They’ll launch with four beers, music from Lamont Cranston and Jolly Zuk Brothers and other fun. 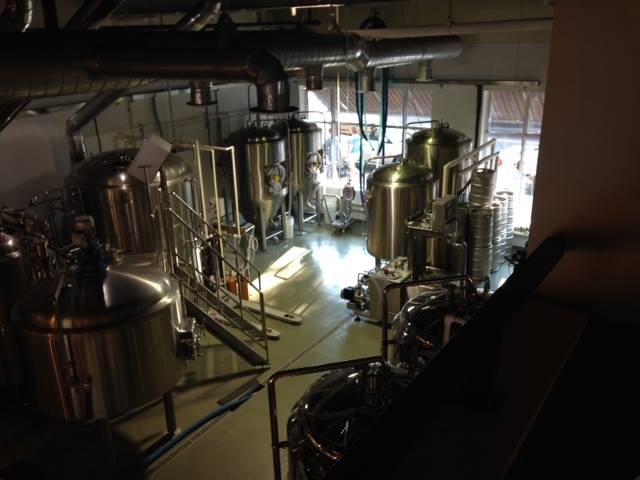 Maple Island Brewing Draft Offerings:
Mosaic Wheat – IBU 29
This cloudy piece of art is made with an ample amount of white wheat giving it that great dirty blonde look. It is also given a nice size dose of those mosaic hops everybody loves.

Burlesque Kolsch – IBU 19
This super easy drinking Kolsch has a bit of Canadian honey malt and low bitterness to it so have another my brother from another mother and my sister from another mister.

Bearded Lady IPA – IBU 56
This crazy IPA has it all with pale and crystal malts, flaked maize and Belgian Candi sugar. It is nicely hopped with Simcoe hops giving it unique passionfruit, pine, earth, and citrus characteristics.

Dragons Breath Kolsch – IBU 30
Yes we love our Kolsch beer! This one has a special blend of 3 German hops. It is also has extra flavor from the addition of Munich malt and Caramel Wheat malts. Fire it up Dragon Slayer.

Cup of Joe Freak Show – IBU 12
Invented by the Head Brewer Nic Brau and his son Joe Brau (9 years old at the time) also named by his son Joe. This coffee oatmeal stout has it all! Chug it anytime of day or night with its creaminess of oats, smooth cold pressed coffee and a hint of vanilla.

Peel Me Wit – IBU 12
Ahhhhhh, time to bring back summer with this super fresh wheat beer that collided with crazy flavors of orange, lemon, and coriander.

Tours: Tour our 4,800 square foot Gull Dam brewery and taproom that spills out back.

Gull Dam Beer: Taste our 4 Inagural Gull Dam Beers that Brewmaster Luke Steadman “Brew Man Luke” has crafted.
-Honey wheat; an American amber ale; a Scotch ale with maple syrup; and an IPA with freshly harvested hops from Brainerd. For now, you can only taste them in our taproom.