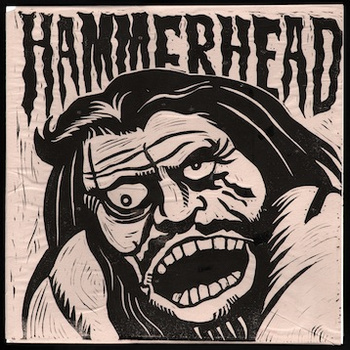 Let’s give this a whirl… Long before I was a fan of great local beer, I loved music. From the very first item in my collection (Michael Jackson’s “Thriller” cassette) to the last, I’ve had a deep connection with music. Throughout the 90s I found myself at various venues in Fargo, ND and the Twin Cities catching live acts, typically of the punk/indie persuasion. From my very first show in Fargo, ND (probably godheadSilo) to some of the more memorable ones (Propagandhi at The Whole, Fugazi & Green Day ($4 tickets!) at First Avenue, Trail of Dead at the Triple Rock) I’ve always had a blast. Long before I was writing about beer releases and my favorite sour beer, I was a zine publisher – first print and later online.

In a lot of ways, the beer scene (right now, anyway) is a lot like the independent music scene. So why not take a little time each week and share some of my new and old favorites. I’m not quite sure how this will shape up, but let’s give it a tray, shall we? This week I’m going to curate some random favorites from Minnesota. Check it out!

Class of 86. These guys originally hail from my hometown of Fergus Falls. Punk rock with nice chops. I happen to know that none of these guys graduated in 86.

Hammerhead, Tuffskins… from their first album, “Ethereal Killer.” In the early 90s I caught this band no less than a million times, so it was refreshing to see them pop back onto the scene as of late. Crank it & lock your doors.

Sean Na Na, Princess and Pony. (Live version here.) Shall we slow it down a bit? Previous to playing as Har Mar Superstar, Sean Tillman played as Sean Na Na. Suffice to say the dude can pen a song. I interviewed him for Yahtzeen back in the day. At the time, the Har Mar act was just getting started, and Tillman lovingly referred to Har Mar as his brother (cousin?), Harold.

Husker Du, Something I Learned Today. Do I even need to say anything?