By ryan on November 16, 2011in beer events, beer laws, breweries 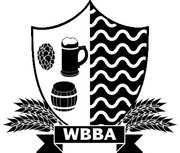 Thanks for the head’s up, Matt! The West Bank Brewing Association is having another night of beer and policy conversation tonight at 7:30 at Republic, featuring some guy named Omar from Surly and Jim from Fulton. Read on friends.

Greetings! The West Bank Brewing Association would like to invite you to join us for an evening of good beer and conversation with two all stars from the Twin Cities brewing community. Special guests Omar Ansari, Founder of Surly Brewing Company and Jim Diley, General Counsel and Co-Founder of Fulton Brewing Company, will headline an evening at RePUBlic to discuss the Taproom Bill, their views on the state of the beer economy in the Twin Cities, and other other topics relevant to beer enthusiasts and law/policy wonks alike. When: Wednesday, Nov 16 2011, 7:30pm Where: RePUBlic, West Bank- 221 Cedar Ave S, Minneapolis, MN We will also have some time built in for audience interaction, so feel free to bring questions. If you have any questions, contact Brandon Helm (helm0213@umn.edu) or Nick Stuber (stub0061@umn.edu) from WBBA.