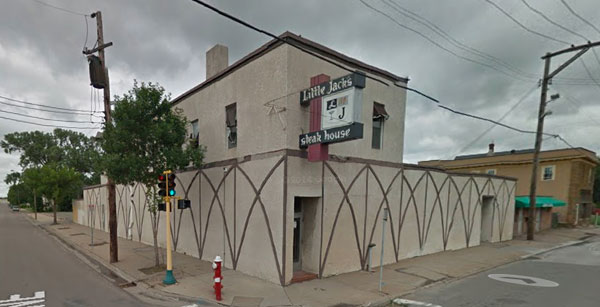 Fun news from The Journal – the former site of Little Jack’s in Northeast Minneapolis is going to be redeveloped into housing, and more importantly, a new project from the folks behind Minneapolis Town Hall Brewery. Located at 201 NE Lowry, the old Little Jack’s building is a stone’s throw from the new Fulton brewery and also very close to a number of of other Northeast Minneapolis breweries. I’ve driven by that location a few times as of late while checking in on Fulton and couldn’t help but think that something cool should occupy the Little Jack’s location. Little Jack’s was the oldest restaurant in NE Minneapolis when it closed in 2006. This fits the bill.

The project is still in it’s early stages, though a few tidbits from the article might catch your attention:

“Each of them has a little bit of a different feel, and this one will be different too. Little Jack’s was kind of a supper club, so this one might have a similar feeling,” – Paul Dzubnar

“It’ll be a Town Hall facility with Town Hall beer, but we may go with a unique name for this one,” – Paul Dzubnar

From city documents cited in the article: “Paul Dzubnar of D&D Holdings, LLC plans to develop Phase 1 of the site into a Town
Brewery and Tied House Banquet Hall.”