By ryan on September 25, 2013in breweries, brewpubs

My first visit to Autumn Brew Review, and to any beer festival, for that matter, was at one of the festivals at Peavy Plaza. I remember being overwhelmed with all of the beers to try and truly excited to spend a nice fall day out in the sun, negotiating the various levels at Peavy Plaza to sample different beers. The festivals were busy back in those days, but most of the lines weren’t ridiculous. In fact, I can recall a few occasions when Guild president Dave Berg would ask me to post about ABR again, in hopes of selling a few more tickets. We’ve come a long way!

MNBeer.com had a couple of rather exciting years at ABR as well. One year Jeff (Where the Wild Beers Are) brought a keg of Cantillion to share at the MNBeer tent. Another year, we decided to play “Name that Minnesota Beer” while sampling pale ales for prizes. We also offered up bottle openers in exchange for a cash donation to the Guild.

Now in it’s 13th year, Autumn Brew Review has graduated into being one of the longest-running and most well-regarded beer festival in the upper midwest. It sells out immediately every year and showcases tons of great local beers as well as great beers from out-of-state brewers. Tons of work goes into making this festival happen every year and the Minnesota Craft Brewers Guild deserves a great big hug and a sloppy-hoppy kiss for all of their hard work. Early ABR pioneers such as Dave Berg, Paul Norton, Laura and Colin Mullen and others really shaped the festival into what it is today. Personally, I’m excited as this year the event doesn’t conflict with a yearly work event. I hope to see you there! Stop by the MNBeer tent or find me out sampling! Cheers! Continue on for some old photos! 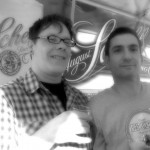 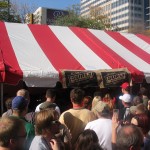 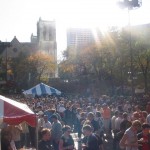 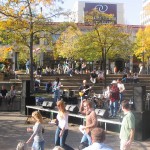 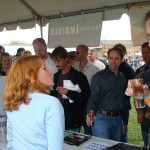 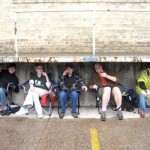 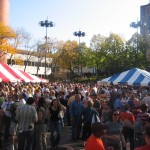 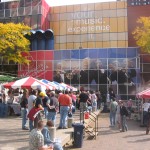 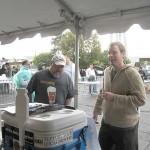 Cantillion at the MNBeer booth 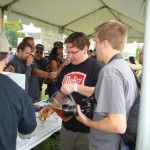 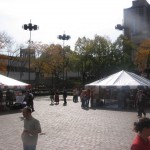 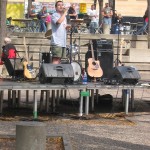 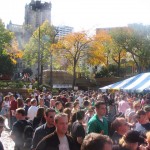