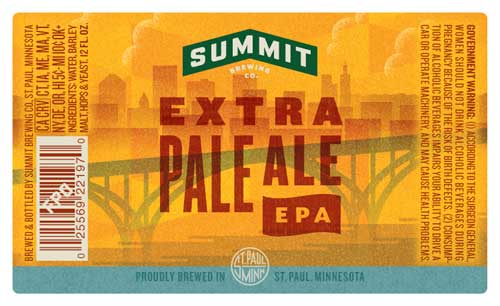 The business of my day gig caused me to miss this one in my inbox yesterday. Exciting stuff, folks. As you probably know thanks to our sleuthing, Summit has had some really good things up their collective sleeves as of late, and they continue to step up to the table with more great news…

Yesterday, Summit announced that they’d purchased property adjacent to the brewery that includes a 40,000 s/f building and 3.5 acres of land. More space, more beer, more better. Of course the thing that will likely excite our dear readers is the fact that their new space will include a canning line, sometime in the 2nd quarter of 2014. We’ll see a select number of brands in cans after that point, which begs the question… can they do a nitro/CO2 mix with the new canning line? I’m not going to hold my breathe, but I’d love to see their Oatmeal Stout in cans. 🙂

ST. PAUL, Minn. – (October 24, 2013) – Summit Brewing Company has purchased an adjacent property that includes a 40,000 square foot building and 3.5 acres of land directly behind the existing brewery.  This development comes on the heels of a $7 million dollar expansion completed last month that added 7,632 square feet of cellar space and doubled annual production capacity to 240,000 barrels.

Sales, Marketing, and Administrative offices will be relocated into the new building in January of 2014, along with warehousing of packaging and POS material.  In the second quarter of 2014, Summit will complete the installation of a brand new canning line in the acquired property.  The building will be connected to the brewery’s new cellar by an elevated pipeline capable of transferring 40 gallons of beer per minute.  The KHS can filler is state of the art packaging technology, with filling speeds up to 400 cans a minute.  The KHS filler is manufactured in Waukesha, WI.  The seamer, the device that puts the lids on the cans, is fabricated by Angelus of Cuyahoga Falls, OH.

“Expanding our beers to cans allows us to connect more with the outdoor culture of Minnesota and the upper Midwest, as well as adding a convenient alternative to glass,” says Summit founder Mark Stutrud.
A select number of brands will be featured in the 12oz can 6-packs.  The brands available will be announced in early 2014.  The cans will reflect the new artwork designed by Minneapolis based Duffy & Partners.  The complete Summit packaging redesign will launch this winter, premiering first in bottles.