Beers to seek out at the Minnesota State Fair 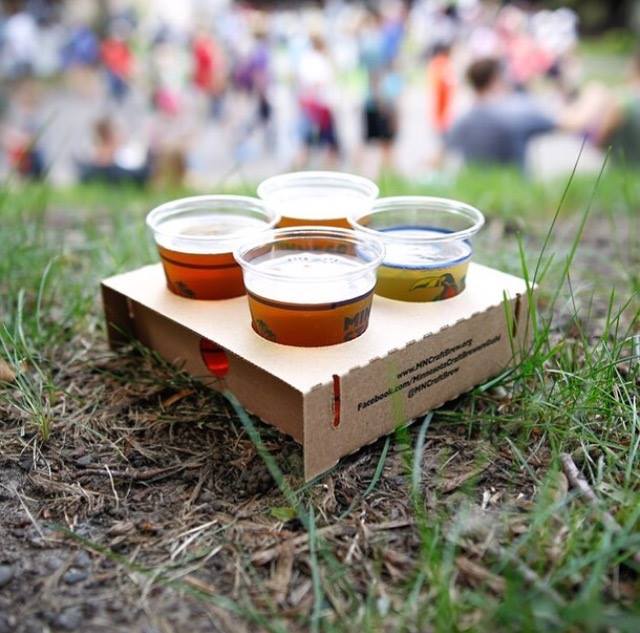 The Minnesota State Fair is the place for gimmicky food, and beer of course is no different. This year there will be a couple of new beers that fit this category including a cider and another beer based on a deep fried sugar bomb staple of the fair. We’re not gonna waste any time, so here are some beers that you may want to seek out at The Great Minnesota Get Together.

Mini Donut Beer from Lift Bridge – Yep, this is a huge hit every year at the fair and it’s not going away anytime soon. This malt monster is a real treat, one that I only want once a year. The cinnamon sugar rimmed glass gives a much needed touch to base of this beer. You can find this at Ball Park Café.

Hopmosa from Bent Paddle Brewing – No, this doesn’t taste exactly like a mimosa—but the folks at Bent Paddle know a thing or two about infusing beers. The beer being infused is Bent Hop IPA and the addition of orange zest will only make this more appealing on a hot summer day. Find this over at Ball Park Café.

Sociable Caramel Apple Cider from Sociable Cider Werks – Jim Watkins over at Sociable Cider Werks is known for carefully sourcing the apples that he uses in his products over at the taproom in Northeast Minneapolis. This one is a blend of a few different varieties along with a simple syrup he concocted with a little help from a childhood friend. Expect this to be topped off with an apple slice drizzled with caramel. You’ll only find this at Giggles Campfire Grille.

Red Sangria Lager from Schell’s – Radlers are known for being a tad sweet, yet make for a refreshing summer treat. This one promises to be less sweet but should deliver in terms of drinkability on an 85-degree day in Minnesota. The beer is said to feature flavors of elderberries, pear, citrus, and apples. It’s only 4.8% ABV and will be topped with a Red Citrus Sangria Beer Foam. The Schell’s Stage Stand might be my first stop. It’s also available at LuLu’s Public House.

Funnel Cloud from Bad Weather Brewing – This would seem at first glance to be a sugar bomb. Joe at Bad Weather tells me otherwise stating that this won’t be overly sweet like some of the others. I’m skeptical, but head brewer Andy Ruhland knows what he’s doing over there, so I’ll give him the benefit of the doubt. Expect this to have undertones of vanilla and cinnamon/sugar. This beer is exclusive to Mancini’s Alfresco so it will only be available there.

Your best bet though is to visit the Land of 10,000 Beers Exhibit near the food building where you can purchase a flight of beer to wash down those cheese curds. This is where you will get a real taste of the beer being made here in Minnesota.